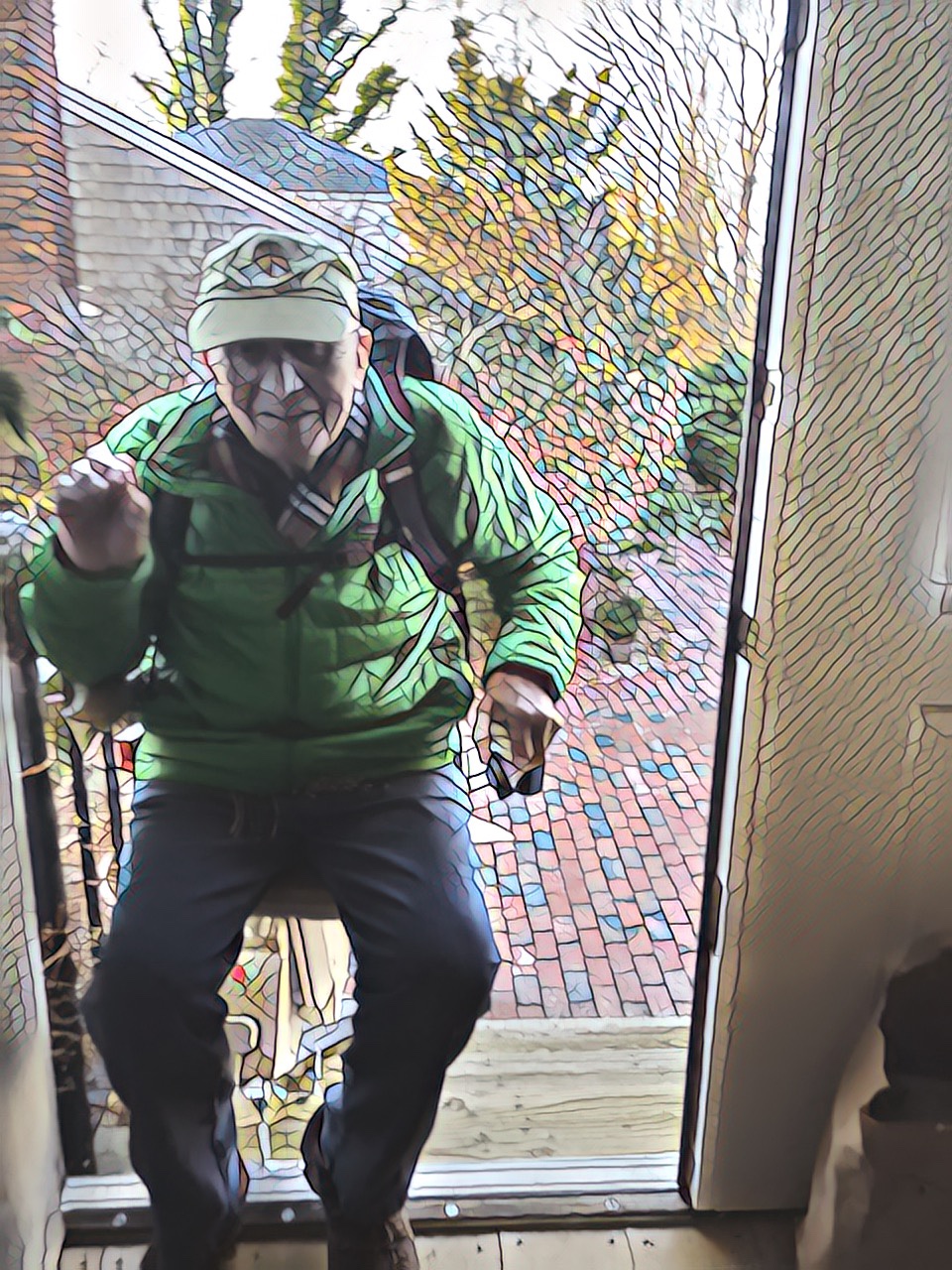 After a stay in the ICU for an aspiration, Moe was due to go home. His heart was good, kidneys were working well for his age. His chest X-ray was clear of pneumonia, white blood cells were normal, his lungs were healing up, and oxygen was at a level we could sustain at home.  Of course, he was tired, but for good reasons; he had survived rough treatments in the ICU, an abrupt end of forced O2 treatment, and now was also recovering from an induced coma and many meds. But despite that everything worked, there had been a strange strong push from providers, first to change his status to a DNR, next to put him on hospice.   Mostly disregarding his wishes.  Despite my refusal, a DNR appeared on the chart “as per wife wishes.”  Treatment was interrupted without warnings. We argued about my wishes, as I advocated for HIS desires.

Moe and I had had a long conversation the week prior when he clearly stated that he wasn’t giving up and wasn’t going to change his mind about DNR. His recent photos attest to his well-being prior to the hospitalization.

Unfortunately, his age spoke for him; an 86-year-old cannot be in such good shape. Ignoring all we had invested in keeping him in that shape. Providers looked at diagnoses that had been entered for Medicare reimbursement but not based on tests.  After pushing a DNR, they insisted on hospice, “I don’t understand, I said, he does not have a terminal illness?”  But my words were ignored as they had been many times before. I quickly realized that I had to surrender once he was brought to the hospital; our experiences and observations did not count. What counted was what someone had reported at admission and notes from a few months back. The three months in between never existed.

A general sense grew that they wanted to hasten his exit without regard to the prior months and his improvement… I was dumbfounded by their lack of regards for our position and respect for our rights to decide when to pull the plug.

Looking back I have been asking myself, was this senicide*? Part of me wants to accept that it was God’s will, but there is this sense that I should not, that someone else may have been playing God… and of course, as a physician, it is hard to just ignore what had happened. I was under shock for a few weeks.

My recounting of what happened may not be as straightforward as it could be, but I hope you realize our serious this matter is, as it could happen to any of us.  I listened to the many similar occurrences about parents, wives, and husbands as I shared my shock. I felt that in a way that murder had taken place.

To put my mind at peace, I took the decision to engage the assistance of pathologists. If you are interested in learning the results, you can subscribe below to receive updates. You will not be bothered with many emails as we are too busy finding answers, but I promise that you will be informed of the relevant facts that may affect your own lives in the future.

We also will be continuing the OASIS project, naming Moe as the founder.

Thank you again for all your generous support of emails and cards. Some of you have asked, the website also allows you to donate to the Maurice Asselin Foundation supporting the Oasis Project that Moe, I, and our team had been busy perfecting.  Now it seems we hope to pursue his ideas to keep him with us.